Pakistanis account for the largest number to perform Umrah

The Saudi Ministry of Hajj and Umrah through their weekly indicator has confirmed that Pakistanis are in fact the largest nationality to enter the Kingdom for Hajj and Umrah purposes. The Kingdom in 2019 alone has opened its doors to approximately 7.2 million pilgrims of various nationalities with Pakistanis topping the list at 1,590,731.

Other nationalities to follow in close order include Indonesians at 946,962, Indians at 643,563, Egyptians at 535,861, Algerians at 364,707, Yemenis at 334,186, Turkish at 306,987, Malaysians at 274,066, Iraqis at 270,995 and lastly, the Jordanians at 200,857. The weekly indicators purposeful launch was done keeping in mind that needful tracking and facilitation of high quality services to the large numbers of Hajj and Umrah pilgrims entering the Kingdom. Additionally, the weekly indicators other aspects include:

More so, up until 30th May 2019, the number of Umrah visas issued amassed at 7,584,424, with 7,201,851 being the total number of individuals/families that actually arrived in the Kingdom for Umrah. The weekly indicator further reaffirmed that Pakistanis seeking to perform Umrah topped the list with 1,590,731 as the largest number undertaking the holy journey. The strength of the other nationalities is also clearly listed in the picture below.

Lastly, it is pertinent to mention that those Pakistanis interested in performing Hajj and Umrah should be aware of the Kingdom’s Vision 2030 plan. Under the 2030 plan, the aim is to make the holy journey and experience an exceptional one, with excellent, high-quality service provided throughout. Under this approach, the Kingdom hopes to attract at least 30 million individuals/families wanting to perform Umrah. 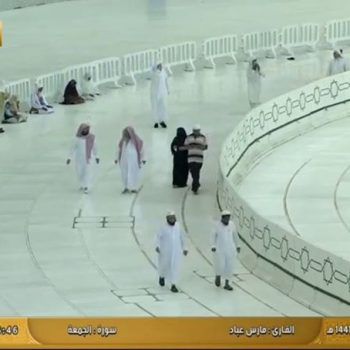